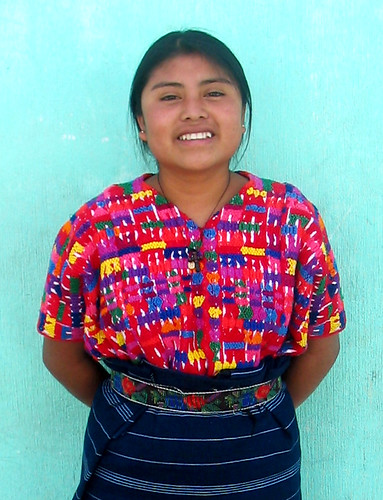 From a young age, Sandra Capen was motivated to get good grades by her parents—who sacrificed so much to educate their three children that the family sometimes went without food. Throughout grade school Sandra couldn’t eat lunch with her friends or purchase the school supplies that she needed to bring her creative ideas for projects to life. Instead, she swallowed her hunger and made do with what she had, never asking her parents for money.

When she graduated from primary school, Sandra was the second in her class. Despite her hard work, her outstanding success, and her family’s sacrifices, Sandra’s parents worried that they would have to cut her and her siblings’ education short: “It’s not that I don’t want them to study,” said Sandra’s father, a subsistence farmer, “but I’m afraid they’re only going to complete middle school because we can’t afford to send them to high school.”

Luckily, during Sandra’s first year of middle school, her fears of dropping out were put to rest by a Rise sponsorship. Recognizing the enormous opportunity she had been given, “I pushed myself even harder,” says Sandra. Every morning she helped her parents in the fields, and every evening she did her homework. She even learned to sew so that she could contribute more to the family’s income. Her siblings were able to continue studying, and through it all, Sandra never failed to turn in an assignment on time.

Sandra cries when she recalls the day that she graduated from high school with a teaching degree: “It was as if all of our sacrifices were worth it. My parents told me, ‘Everything you aspired to do, you did.’”

But Sandra did not stop aspiring there. Having arrived at a milestone that only eight out of 100 girls in rural Guatemala ever reach, Sandra kept going. Less than a month after graduation, she found a job as a teacher in a local primary school, began contributing more to her family’s income, and enrolled in weekend classes at a nearby university. By studying through vacations, she was able to graduate with her bachelor’s in science education in three years, instead of the normal four and a half.

Sandra credits her parents and Cooperative for Education’s Rise Youth Development Program with enabling her to believe in her dreams and never stop working for them: “Through the Rise Program, and especially the workshops, my perspective changed and I gained a lot of confidence. The facilitators always talked about maintaining an attitude of professionalism and rising above, and that stuck in my head.”

Now, Sandra is helping the next generation of Rise scholars achieve their dreams—as a Cooperative for Education staff member! As a local facilitator of the Rise Program, Sandra is responsible for running the same workshops and youth development activities that inspired her. 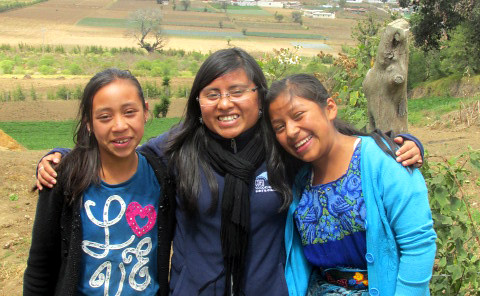 Sandra (center) and two students in our Rise Program

“I tell students to value the program and take advantage of it,” she says. “I know I can guarantee them that if they work hard and value the support that they are getting, they can be different. I tell them that I know what it’s like to work under the sun: ‘I know sometimes you are hungry. But that’s no reason to say that you’re going to stop studying or you want to give up. On the contrary—it’s a reason to push yourself harder so that you can be something different.’”

Sandra is working to create a new generation of educated Guatemalans–and you can help!